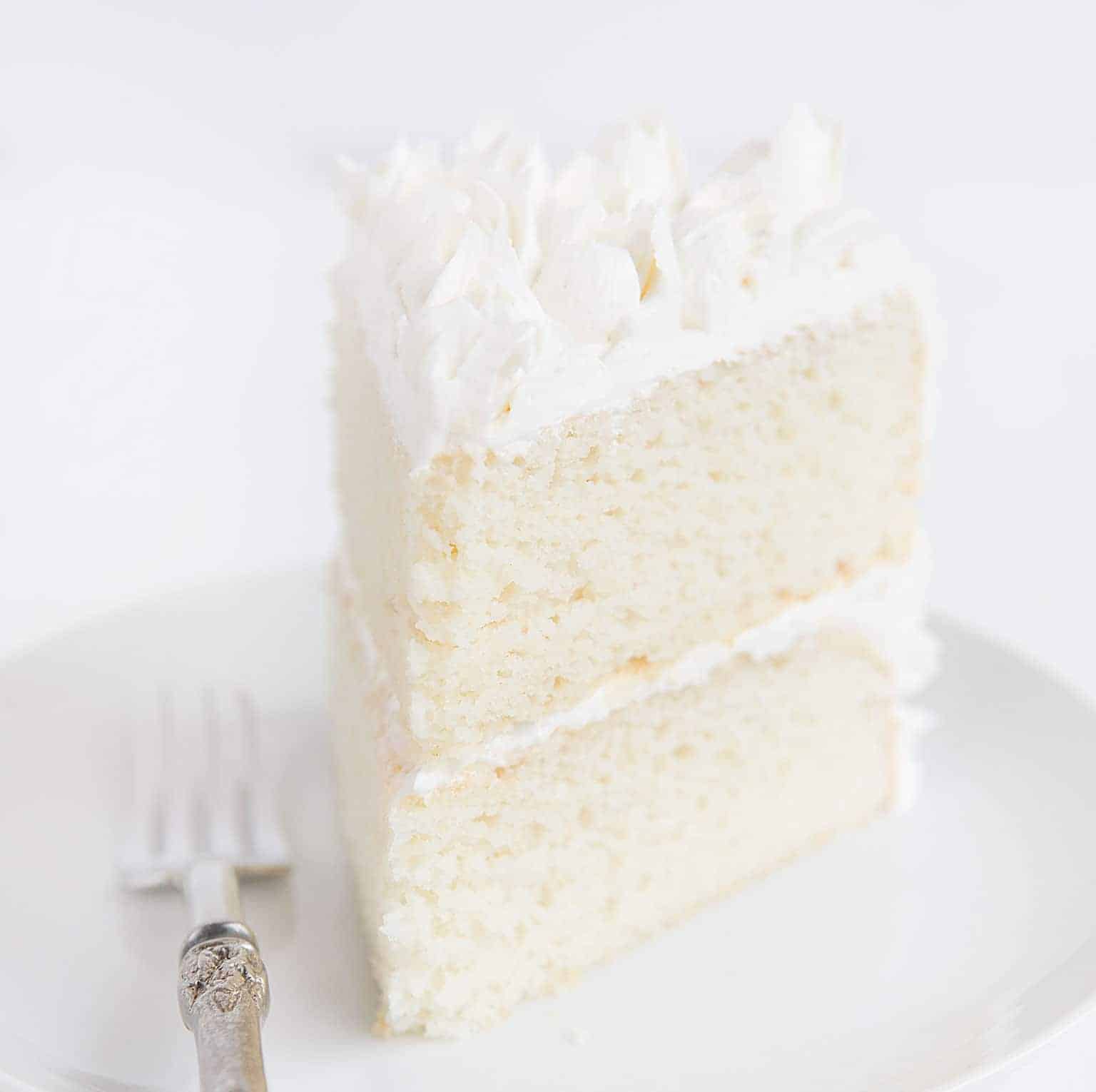 Most experienced bakers have tried this WASC Cake Recipe at least once in their career, and there is a reason that folks keep coming back to it. It works! 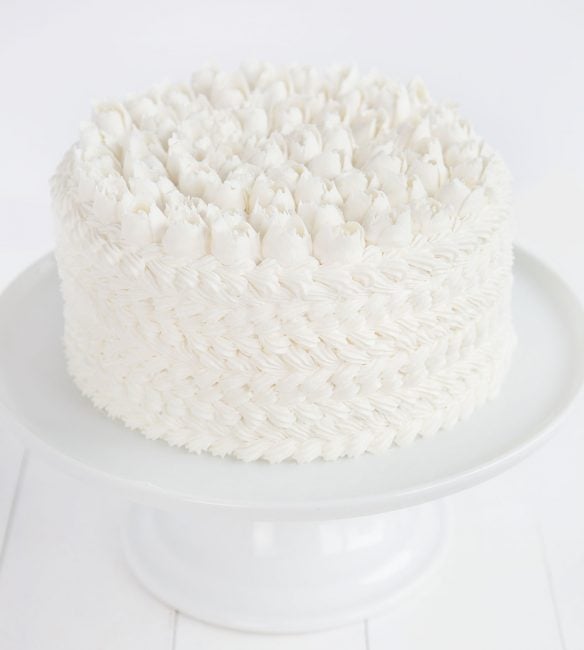 So what is a WASC cake? It is a White Almond Sour Cream cake that is semi-homemade. (Meaning there is a box mix involved!)  Bakers love this recipe because it tastes so good, but also holds up very well to decorating and fondant. Not to mention that it is SO open to variation!

How to Make Box Mix Taste Like a Wedding Cake

Making a box mix taste homemade is pretty easy, there are just a few simple ingredients that make it perfect. Be sure to ONLY follow the recipe below when making the cake, do not add the ingredients suggested on the box!

Start by sifting the dry ingredients, then introducing the wet. To ensure that you have success, be sure to use ROOM TEMPERATURE ingredients! This will allow proper incorporation of all the ingredients. 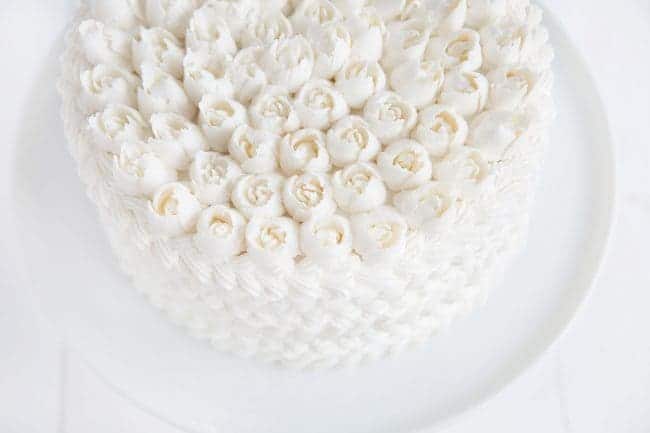 Prepare WASC cake recipe below and allow to cool.

Set one layer of cooled white cake on the cake stand. Cover with 1/2 cup of buttercream. Place other layer on top. Cover cake in a thin crumb coat. 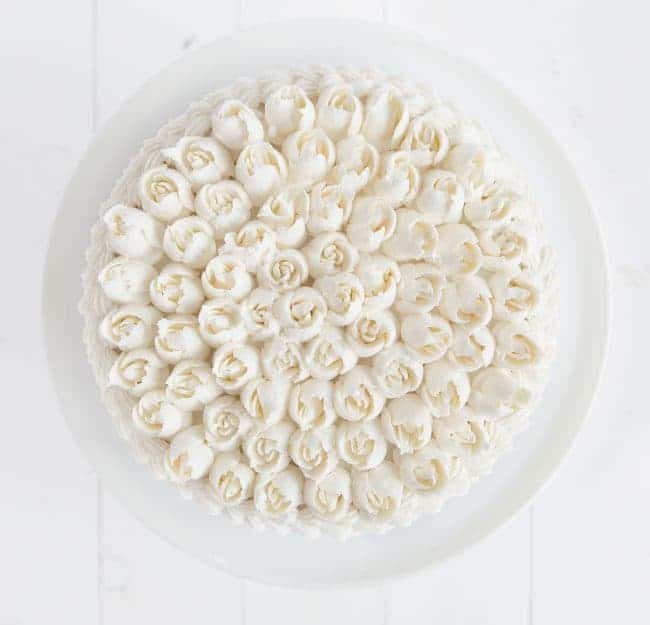 Starting at the bottom of the cake and moving around the base, pipe out a criss-cross border with the #18 tip. (think heart shape, then overlap) For the next layer, repeat this same motion but in the opposite direction. Do this around the entire base (sides) of the cake.
For the top, simple pipe out the roses with the Russian tip. I started at the outer edge and moved in towards the center of the cake. I tried to pull up and “out” as I released pressure from the piping bag so that the outer roses are leaning out a bit instead of straight up and down. 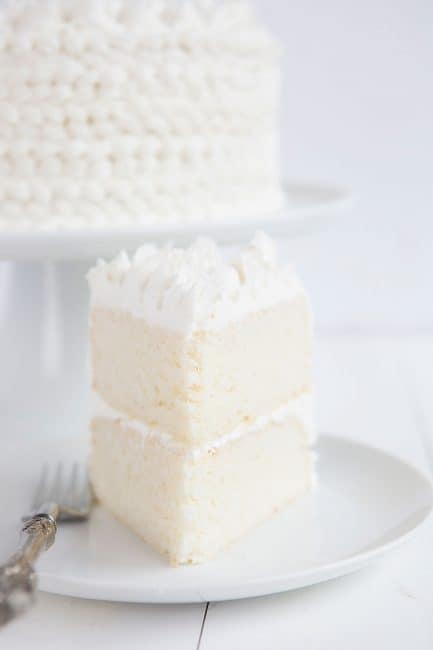 Chill cake until ready to serve.

I used egg whites and clear vanilla extract to ensure that my cake would be as white as possible.

I also used room temperature ingredients and did not over-mix the batter.

Allow the cake to cool before decorating! I often pop it into the freezer which helps to minimize crumbs. 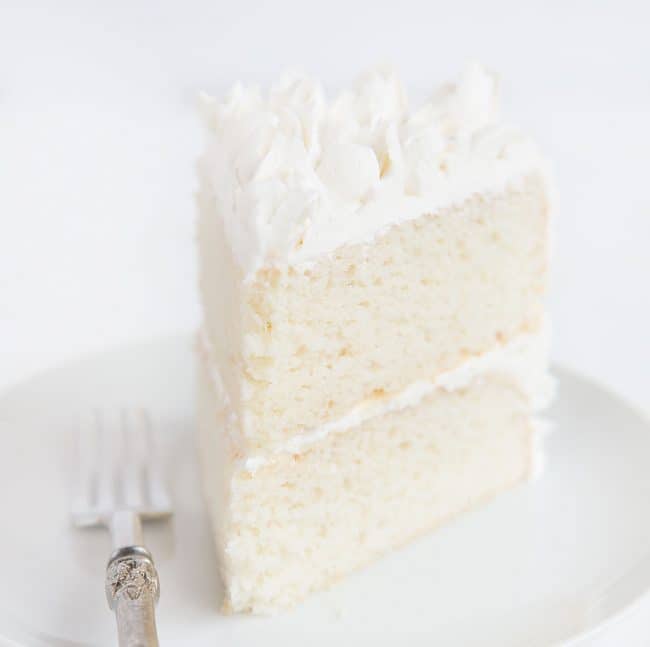 So how does this cake hold up? Very well! Now only is it stable, but it tastes really fresh and delicious! 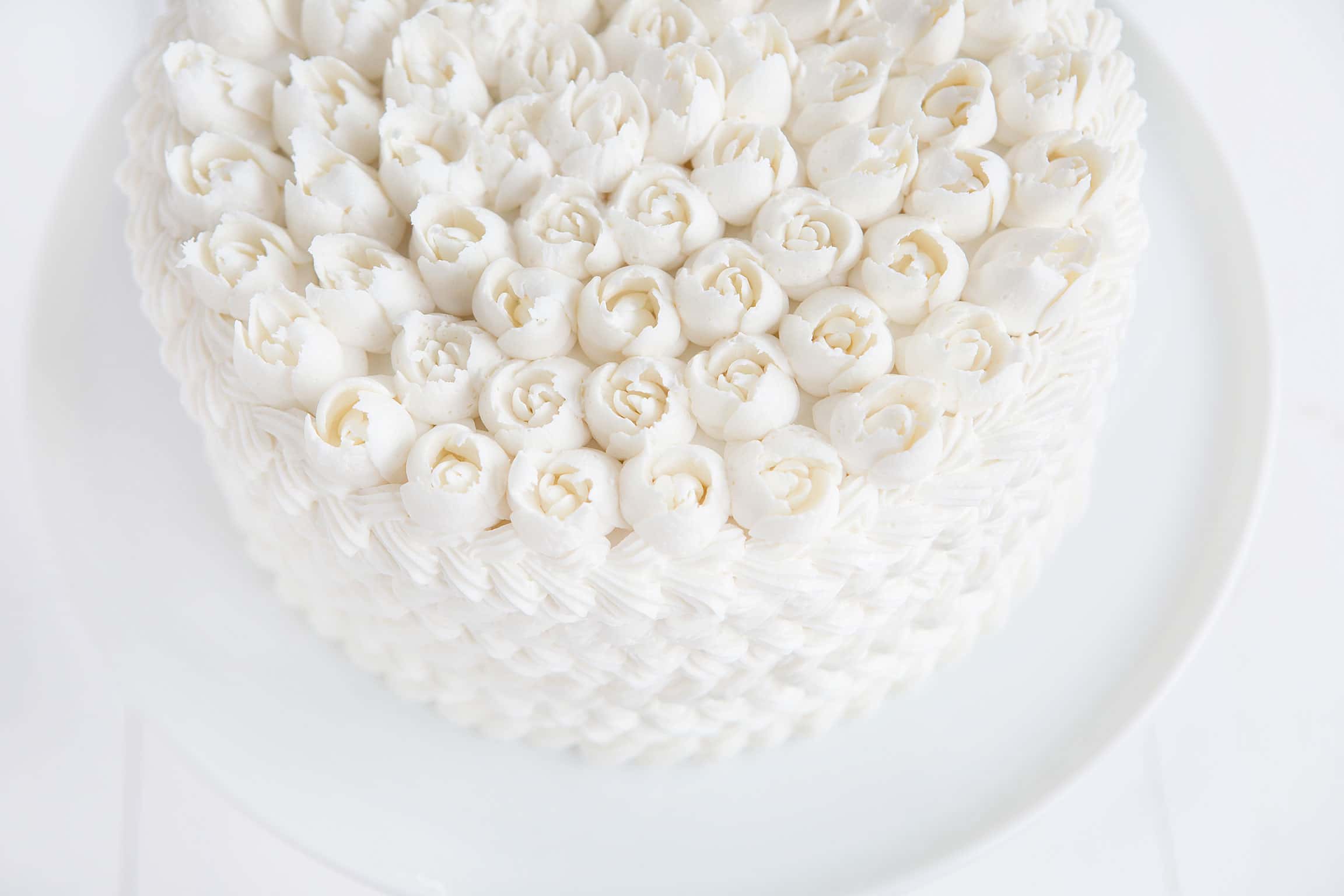 Most experienced bakers have tried this recipe at least once in their career, and there is a reason that folks keep coming back to it. It works!

This semi-homemade WASC Cake recipe is from Kakeladi on Cake Central.