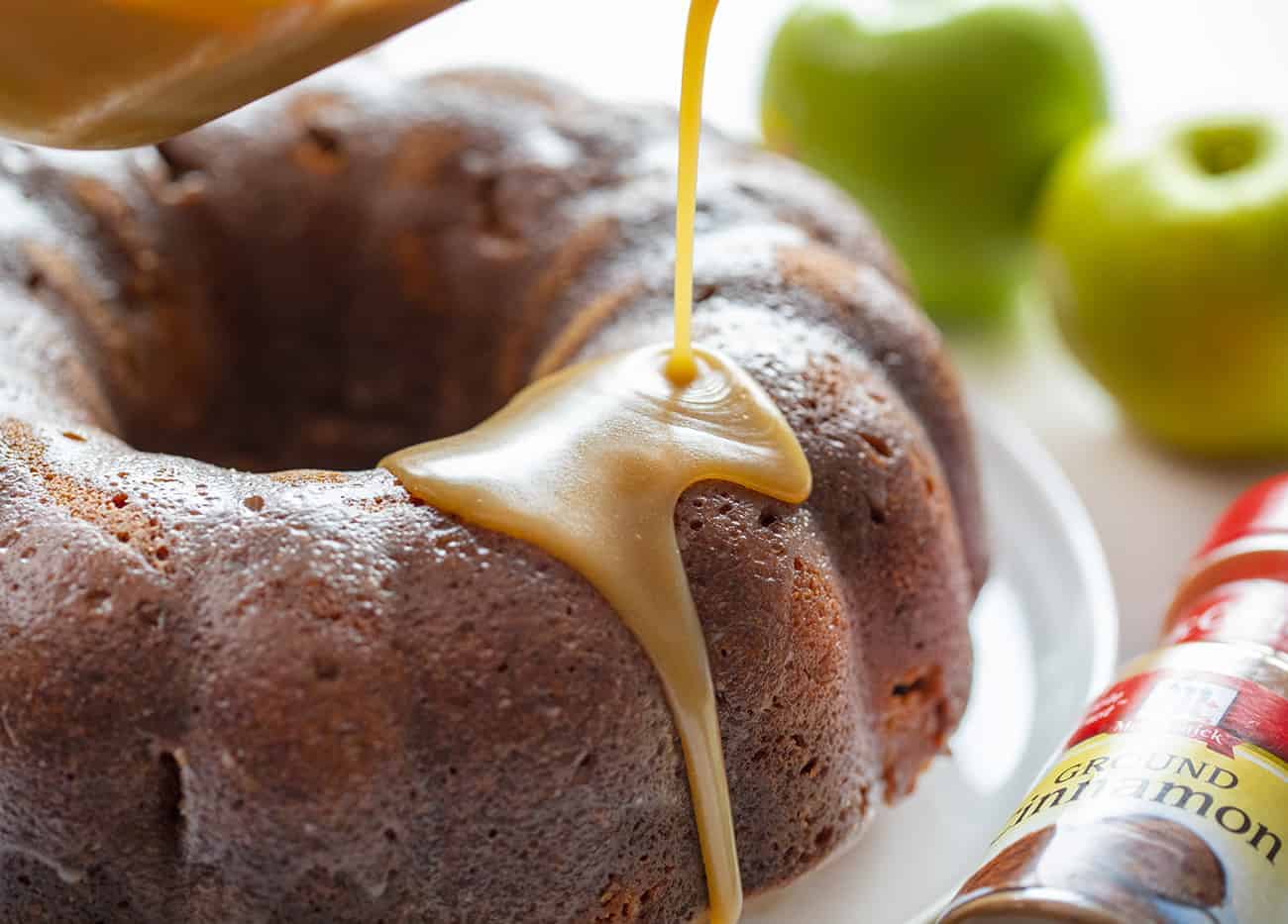 Super moist and loaded with apples and the best McCormick Ground Cinnamon, Cinnamon Apple Moonshine Cake is topped with a moonshine caramel glaze that takes the cake to the next level! If you love a moist cake, try my Pumpkin Pound Cake with a Cream Cheese Glaze! 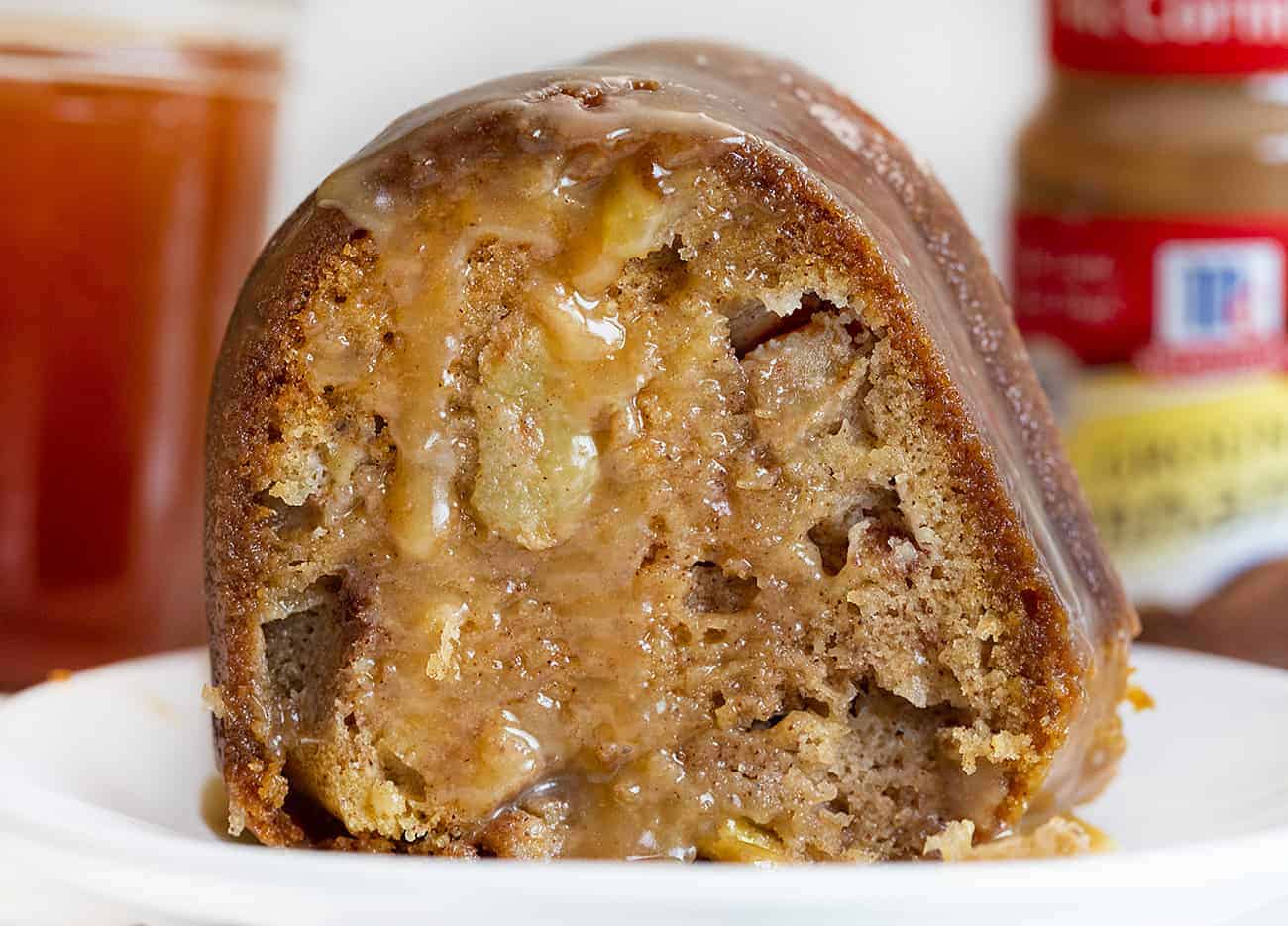 When I made my homemade Cinnamon Apple Moonshine, I knew I needed to use it for more than just drinking😉. With its sweet flavor, I thought about using it in a dessert. Then, to make it even more useful, I not only put the moonshine in the cake, but I also used it in the glaze to top the cake! Cheers to that! I will give you variations of the recipe if you do not want to use the alcohol.

Even though the moonshine is a FABULOUS addition to this cake, it simply can’t outshine the cinnamon. McCormick Ground Cinnamon is my go-to in all my baking because of the quality of the product and pure flavor. I usually buy 2 bottles during the holidays because cinnamon is the perfect compliment to almost all my baking!

There are two parts to this recipe–the glaze and the cake. Make the glaze first, since this will need to cool for at least 3 hours, if not overnight.

To make the glaze, heat the butter, cream, and brown sugar in a small saucepan. Bring this to a boil, and then remove it from the heat. Add the vanilla and Cinnamon Apple Moonshine and stir until combined. Again, you need to let this cool completely (at least 3 hours) before using it as the glaze.

Before you begin making the cake batter, I suggest you core, peel, and chop up the apples and cover them with cinnamon. They will be added to the batter before you bake the cake. To make the cake, there are a few simple instructions. 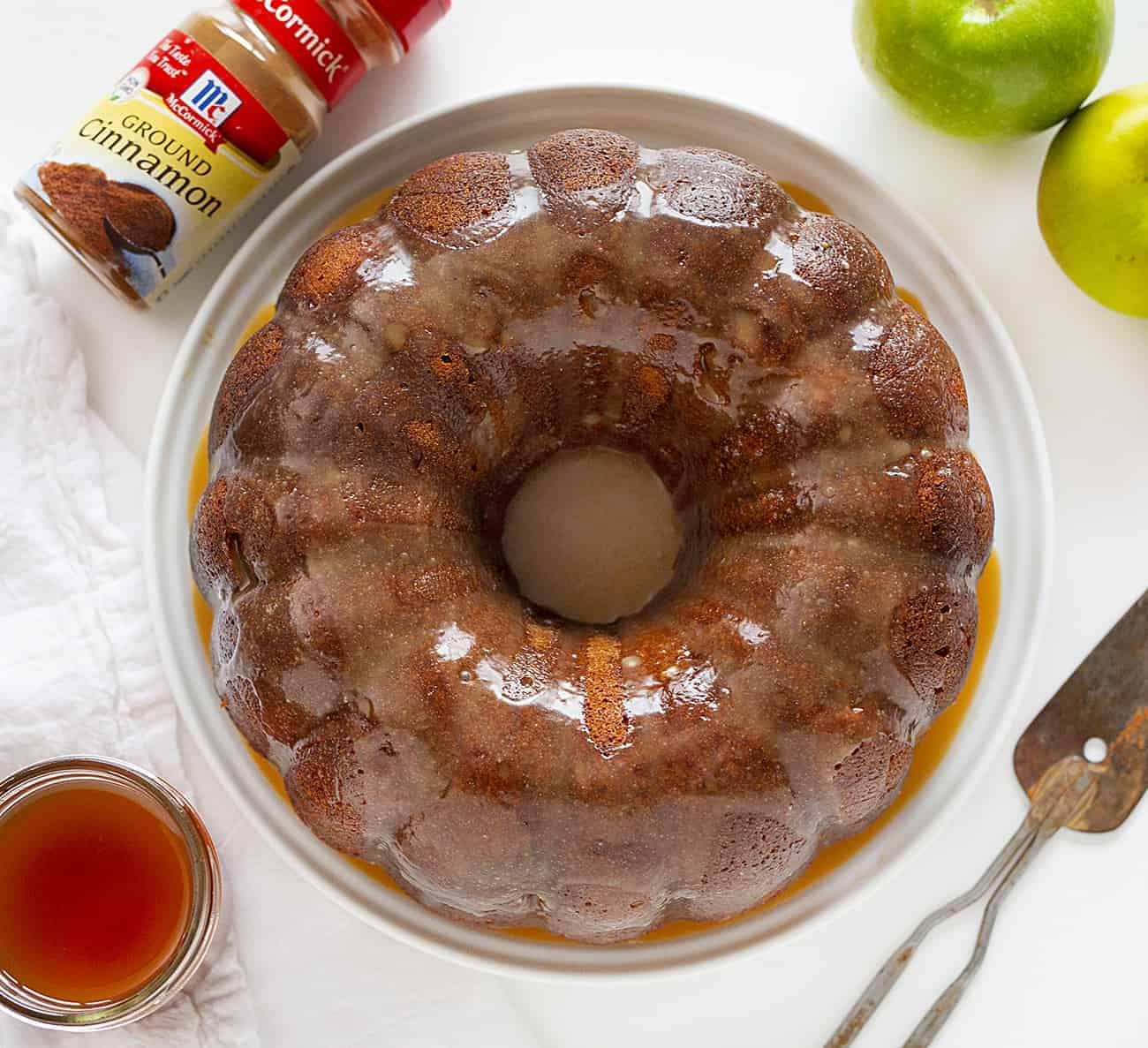 How to Make Cinnamon Apple Cake Without Moonshine

It is easy to substitute the moonshine for other ingredients if you do not want to use alcohol in the recipe. 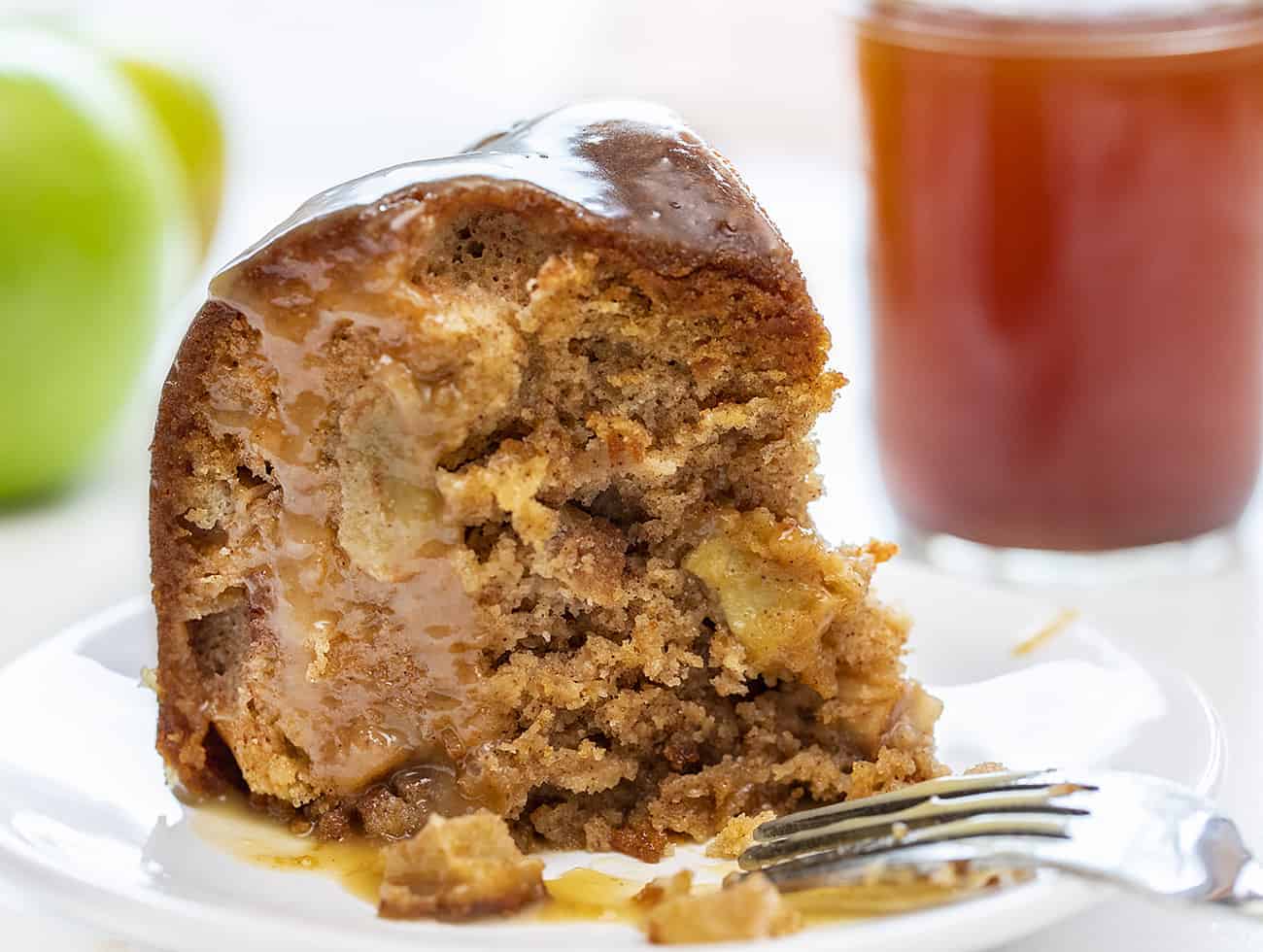 Looking for other Cake Recipes? 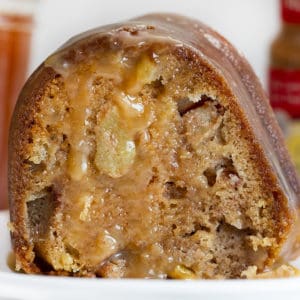 Moist and full of apples and cinnamon, Cinnamon Apple Moonshine Cake is topped with a moonshine glaze.

**To make the cake alcohol free, replace the cinnamon apple moonshine with 1/2 cup of vegetable oil.